WiFi Mesh Network: what it is, how it works and what is

Increasingly we hear of mesh network. In this article we will explain what it is, how it works, what are the advantages and the best products on the market.

Mesh Network: what it is and how it works

A WiFi network mesh is a peer-to-peer network (therefore non-server-to-client) in which the various elements that compose it, are called “nodes”, contribute equally to the distribution of data packets, without any hierarchical order.

The nodes that make up the mesh network are nothing more than the WiFi access points. Therefore, the signal is no longer transmit from a single router, but several. In this way, you get a better coverage and signal stability.

The various access points, in fact, are communicating with each other, to create a so-called “mesh network”, mesh for the note. Each node then acts as a router function for the other elements that make up the network. If one of these were to present a malfunction, the other nodes will work intelligently to compensate for the lack, ensuring the best available path for the data packet in question.

The coverage that results is solid, stable and reliable, so perfect for the smart home. In addition, these networks are very simple to set up, even for newcomers to the industry.

What are the advantages of a network home or office mesh?

In many ways, a mesh network covers the functions of a powerline or a WiFi repeater. But what is the difference between these two types of products?

A WiFi repeater is limited to receive and transmit the signal received by the central router. Once connected, a new WiFi network is created that is nothing more than the extension of the original one. The latter and its replica are, however, two separate wireless networks, while the mesh with the SSID remains unique.

In a mesh network, all nodes are placed at the same level and, in the event an access point stops working, the others fit into smart way to ensure the routing of the data, which does not happen with the range extender.

In this case, if the central router is experiencing problems, the repeater will not be able to receive the signal properly, thus losing the connection.

These substantial differences justify the significant price difference between mesh networks, which can easily exceed 100 €, and the repeater devices sold a few dozen euro.

Mesh Router here is the best

Here is the selection of the best router to create a mesh system:

Among the best Mesh systems there is no doubt Google WiFi. The first factor that catches the eye is the extreme ease of configuration and the excellent dedicated app interface. This application is, inter alia, also compatible with some home automation systems, among all Philips Hue. This way, you can manage everything in one app.

In terms of performance, these are excellent, with a cover and a constant speed on all areas covered by the mesh system. Unfortunately, there is a deterioration, especially when compared with other systems with Netgear Orbi, when nodes are placed vertically (on several floors). Much better horizontal coverage.

Overall, this is a product with a quality / price unbeatable, fully adapted to meet the needs of an “average” user of internet. Less rather suitable for professional contexts. 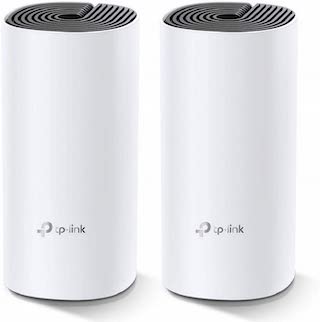 Among the best WiFi mesh there is also the solution proposed by TP-Link, or Deco M4. Again, ease of use and intuitiveness are the masters and allow use of the product even novice users of the computer industry.

Compatible with both Alexa (still some problems in Italy) with that IFTTT, this mesh system is capable of ensuring a solid and stable connection. App you can control all devices connected to the network, view how much bandwidth you consume, block access to some, etc. Also present was a useful Parental Control function.

A good investment, considering the competitive price, good performance and ease of use. 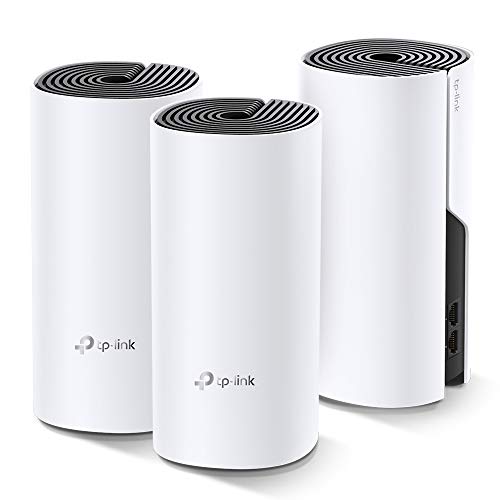 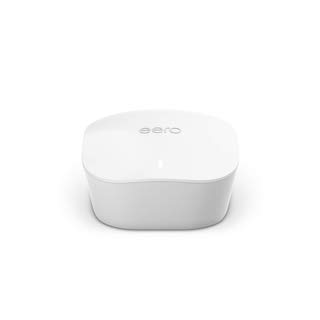 Among the WiFi mesh devices could not miss eero, the proposal of the Amazon brand owned by a few months also available in Italian.

As the patterns described above, the configuration only take a few minutes to complete, although it is slightly less intuitive and simple as compared to other brands. During the process, also provides useful information for the optimum arrangement of the various nodes within the home.

The app eero help in the management of the mesh network, and will give the possibility to create different user profiles, program the internet connection of some devices, block access and create a guest network. Unfortunately missing the WPS and the ability to manually WiFi band selection.

The benefits are high, with an increasingly stable connection, whether the network is spread horizontally and vertically. The price is on average with the rest of the class.

We introduce you to the router / extender mesh Wi-Fi eero

Netgear Orbi is one of the most famous products when it comes to WiFi mesh network. From futuristic design and excellent performance, it promises to be the ultimate industry.

The system is composed by a router (without modem function) and from various satellites. Of course, as each mesh network, the number of nodes can be also be extended at a later time, if necessary.

It is a tri-band system where the third band is used exclusively for communication between routers and satellites, so as not to impair or limit in any way the other two bands.

From the point of view of performance, Netgear Orbi does not disappoint and is able to cover with an even large spaces very stable connection, with a bandwidth distribution among the various devices quite uniform.

Unfortunately, the price is higher than the industry average, but completely justified by the top quality of the devices.

Among the cost-effective solutions, the mesh WiFi network Tent Nova MW3 is one of the most popular choices of class.

The appearance of the system is pleasant, with routers that are presented as white abundance elegant able to fit perfectly with any decor.

The initial configuration, performed through the app Tent WiFi, is quick and painless: the app itself, once connected the router to the power supply (careful to connect cables carefully to avoid sudden power outages during operation), will initiate the step-by-step setup, which will end in a few minuiti.

The graphics of the app is simple and intuitive, with easy and quick access to all major settings.

The mesh system Nova MW3 is dual band, with a maximum speed of 1200 mbps. The performance, both in download and upload are excellent, with a stable coverage of an area up to 320 square meters with the system to 3 nodes (of course, it is possible to extend the mesh network at a later time with additional routers, if necessary) .

In the previous section, we looked at some of sheer mesh network models. On the market are, however, present other “hybrid” solutions, ie products able to fill the role of mesh routers and smart speaker.

Among the most famous products of this category are:

You have questions or you want to stay updated on the world of home automation? Join our Facebook community Home Automation & Smart Home